Once upon a time in the town of Umu, mother Lisa has just found a new faith leaving the old one. Her husband, Mr. Sali, has just passed away leaving back little Alis who was just two years old.
Mr. Sali was a notorious patriot and a hard working citizen in the small town of Umu. Often times he gladly gave up his last clothes, food and drink just to settle the need of another. He was not rich, yet he was not poor. Wilfully, he was consulted to offer a counsel to numerous domestic-family crisis to restore their lost ties, and many more he did. He changed the lives of many in his little way even though his name was not published on the front page. All these he learnt from the faith where he had fellowship and commune with before the wrath of death visited. Mother Lisa was not denied to drink from this cup of love-bounties but she showed little or no concern with her fruitless flimsy excuses. She rebelled a million times each day in her heart against Mr. Sali's large heart - if she had her way no one will get a dime, lazy people! her sad squeezed face revealed. Despite her frailty, Mr. Sali remained resilient -extending his arms even closer to her reach.
One day, Mr. Sali took ill severely but Mother Lisa concealed this from everyone who visited their home to inquire what may be wrong. "Oga has travelled and is not in town now, do you people want his house as well?" she said to them (bending her lips and thrusting her neck with dynamic stares).
Mr. Sali's death was a fatal loss to the people of Umu. They mourn him till this day. After the funeral, Mother Lisa became fanatical in her newly found religion. She was convinced that her husband's death was brought by evil people who received his alms in disguise. And gradually she became notorious, not for giving alms this time but, for causing nuisance in her neighbourhood as she became a prayer warrior and song-a-holic simultaneously.
One could hear her voice ringing from her house every night. Her theme was geared against the wicked, to be solitude forever and not to be saved. Her whole being cycled on this everyday.
One fateful day while she sang and prayed in tongues fiercely, little Alis tapped her in request of water, she has just been choked by the peppery meal mother served. "Mo..mmy, I....wan...t wa...ter" she struggled; stuttering, her voice lesser in every word she said, coughing and coughing; tears gushed out uninvited. But mother Lisa responded by withdrawing herself from every single tap that she felt while she continued her loud rant prayer leaving little Alis unnoticed. ...(if only Mr. Sali were Alive, you could say)...
Two hours later, a deafening silence filled the neighbourhood as she concluded her vaunted prayer leaning by the window. She could feel the cool breeze kissing her skin and causing her sweats to vanish. Some minutes later, she could hear, sounds from insects whispering goodnight to one another as the silence broke. Darkness drew closer, she could see, as each building turned off their light one after the other. So blue was the moonlight as she peeped into the sky. The stars were bright too. Everything appeared perfect. "I have done the needful" she soliloquised. But was it true? I guess not.
As she turned, little Alis was lying lifeless.
Mother Lisa was ostracised by the community leaders because of the act of neglect. Consequently, she ran mad due to the shock and stress that followed. She is still a destitute hovering around nearby communities of Umu.
Neglected need speaks sorrow.
The End. 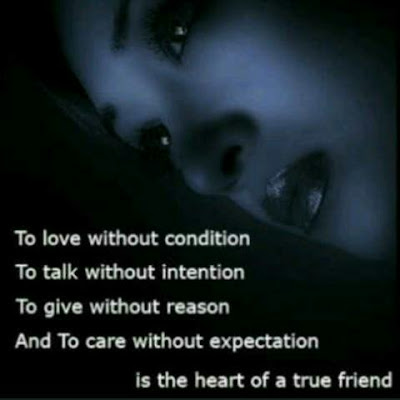 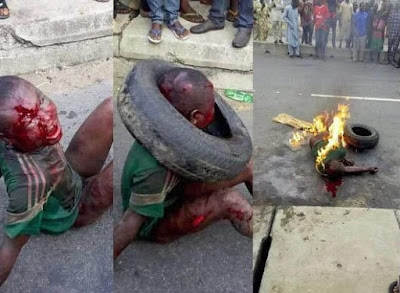 In what could be best described as barbaric and heartless act, a 7-year-boy was beaten and burnt to death in Lagos.


7 years old boy burnt to death in Lagos
The alleged child was reportedly given a jungle justice for stealing food.
What a world, what a people.


Posted by Homason No comments:

A Drink from Life's Well

A Drink from Life's Well
Posted by Homason No comments:

Robert Vaughn, best known for his role as Napoleon Solo on the hit US television spy series “The Man from U.N.C.L.E” died Friday of acute leukaemia aged 83, his manager said.

“Mr. Vaughn passed away (in New York) with his family around him,” Matthew Sullivan told entertainment magazine Deadline Hollywood.

The actor is survived by his wife Linda, son Cassidy and daughter Caitlin.

Born in New York to show business parents, Vaughn first gained attention for his Oscar-nominated role in the 1959 movie “The Young Philadelphians.” 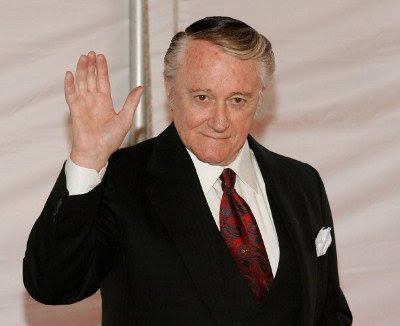 A year later, he starred as an on-the-run gunman in the popular Western movie “The Magnificent Seven.”

But though the actor acquired a lengthy list of credits in movies, he gained real star power for his roles on television, notably as the suave and cool Napoleon Solo — the television version of James Bond — in “The Man from U.N.C.L.E.”

The series, which ran from 1964 to 1968, was one of the most popular shows of the 1960s and turned Vaughn into an international star.

After the series ended he returned to the big screen, starring in a number of movies, including opposite Steve McQueen in “Bullitt,” before returning to television.

More recently, he played a con man on the British series “Hustle” and appeared briefly in 2012 in the British soap opera “Coronation Street.
Posted by Homason No comments: 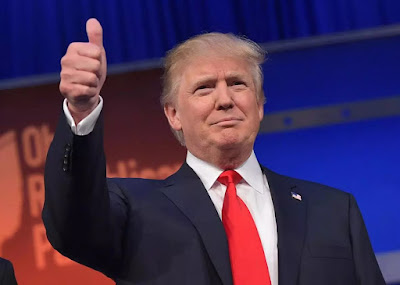 Voters in the United States of America have voted in the much anticipated presidential election between the Democratic Party candidate and former Secretary of State, Hillary Clinton and her rival from the Republican Party, Donald Trump.
Donald Trump, has congratulated Hillary Clinton “on a very, very hard-fought campaign”. 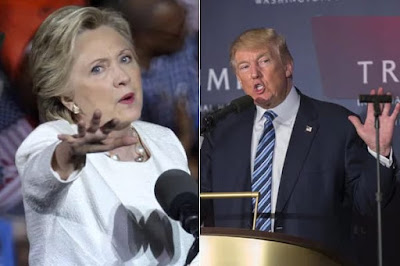 Donald Trump will win the White House, making him the 45th US president of the United States of America.

Donald Trump will win Arizona, according to projections from election observers. 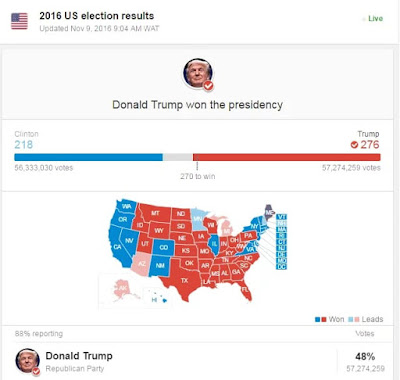 Reports just coming in have it that George W. Bush and his wife, Laura Bush, did not vote for Democratic presidential nominee Hillary Clinton on Tuesday and left their ballots for president blank, according to The Hill. 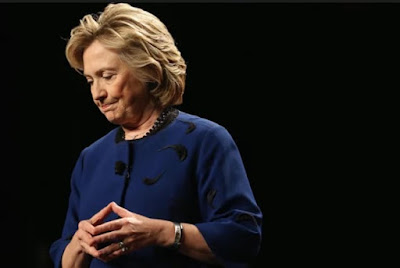 Cheers as Trump arrives at the Hilton Midtown hotel where he is staging his “Victory Party”.

It is getting clearer that Americans voted massively for Trump because of a mass anger that the country country could be ruled for eight years by a black. These tweets confirm this position.

If Obama never became president, Trump wouldn’t have made it this far. This is just white America getting back at us. — Posh Spice (@AsToldByIjeoma) November 9, 2016.

Projections from election analyst have put Donald Trump on 259 electoral college votes and at this stage, all the numbers are leading towards a Trump victory n the US election as data below indicate. 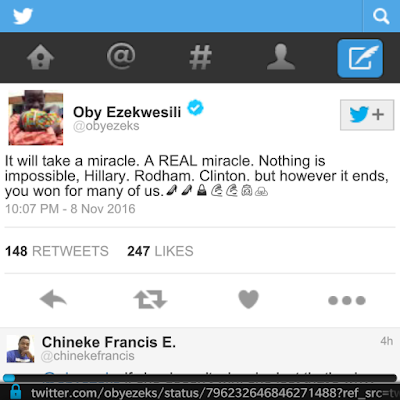 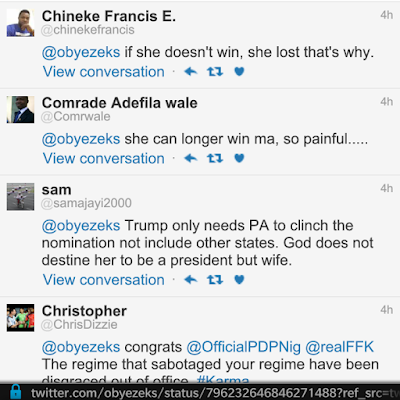 Some analyst say a win for  Donald Trump could shake America’s politics what has been described as America’s Brexit’. Acordint to the BBC, Trump has won the states of Florida, Ohio, Iowa and North Carolina, while Democrat Mrs Clinton took Virginia and Nevada, ABC projects. Pennsylvania is too close to call. New Hampshire, Michigan and Wisconsin – which were meant to be part of the Clinton firewall – are deadlocked, too. Markets lurched as Mrs Clinton’s path to victory began to narrow. 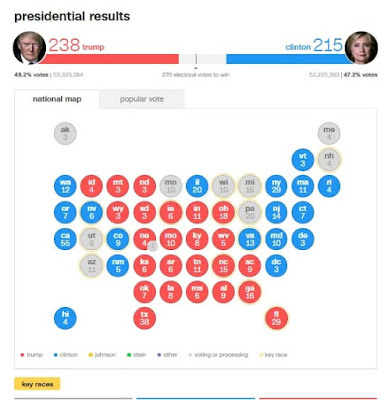 Mr Trump and his family watch the results come in. 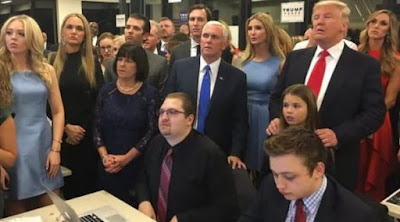 Posted by Homason No comments:

Neglected Need Speaks Sorrow- Mother Lisa! Once upon a time in the town of Umu, mother Lisa has just found a new faith leaving the old ...